My uncle called, and he wasn’t going to be able to make it to be a judge for a car show in carmel. Could I do it?

It was my first weekend home in indy since 4th of July, but, sure. It was my uncle and he’s got a long history of helping me out in a pinch on late notice, so sure thing.

Can you see it’s hot? 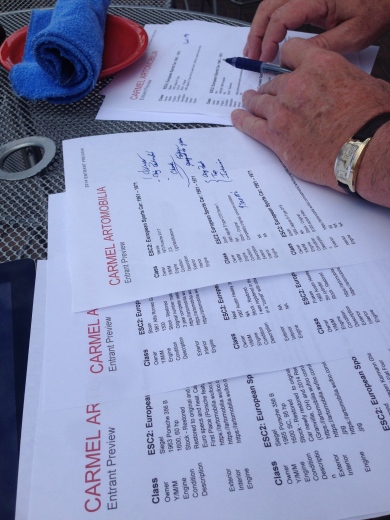 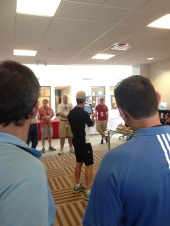 All-original. The car, too. 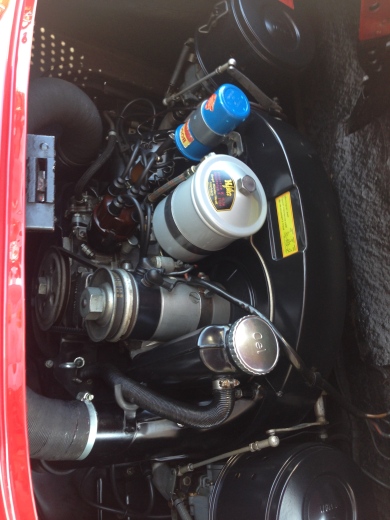 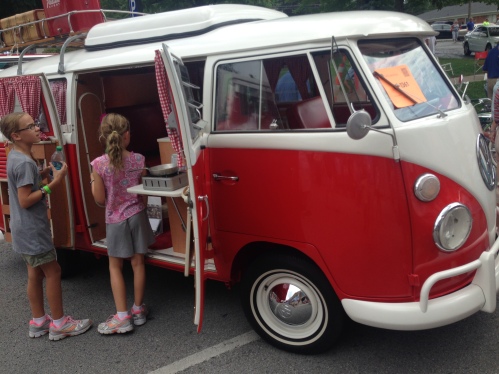 Not in our class, but cool. 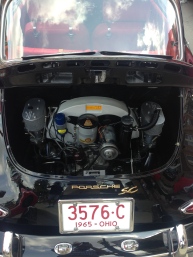 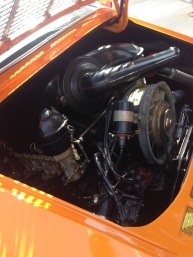 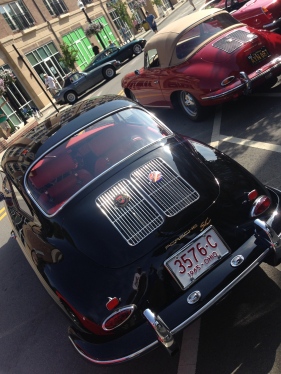 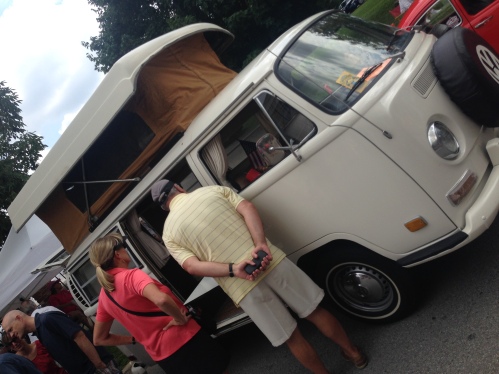 Liz and I went to the Indianapolis Indians game (minor league team, farm team for the pro team that plays in Pittsburgh, the Heinz Hens or something) shortly there after on Friday night.

I got some emails from John and the organizers with some maps and knew only just that I had to be there at 10, which I was right on the dot, wishing I had spent less time watching Formula 1 qualifying to get there earlier and get a lay of the land.

The air was already sticky with incredible humidity. I regretted my “I should wear pants, as I’m representing…” strategy as I walked into the Indiana Design Center which was where the judges were meeting. They all had the shorts one.

Carmel is an Indianapolis suburb, a kind of Gatsby of the Midwest in that it seems to have collectively decided to be better than it might otherwise be. Everything is just right. In an occasionally terrible way.

Strong schools, a (some might say contrived) very well planned down town area that tries pretty hard to look like it’s been there for years, and the highest per-capita count of round-abouts in anywhere in the Midwest. It is remarkable what can be built out of the cornfields.

It was thick with humidity already, the kind of day that you have to believe the app has failed when you try to juxtapose the idea that its 82 outside, but you are sweating madly. But, it’s summer in the midwest.

The clear weather wasn’t what had been predicted; it was supposed to be nice…then maybe pour down rain. And it was that ‘maybe’ part that did create some no-shows through a range of classes.

We had the European Sports Car 2 class, which turned out to be very competitive. Two Jaguars, three Porsches, a pair of Austin Healys, an MG.

I’d never judged before, so I was unsure, were we to celebrate/vote for the cars that looked the best? Or was the car being the most original (no restoration, no repaint, etc), the one that should get the most votes?

This would ultimately be the total question at the end of the day as we met all the owners, got their backstories, and then of course the cars as well.

While my judging partner, having owned two of them in his past, was fond of the Jaguars, and remarkably knowledgeable about them, there were two Porsches that were the top of the class, and we needed help to figure which was The Won for Best in Class.

We had already inputted our scores into the ipad, but felt like we were no closer to figuring which was the actual best in class, so we went back to the judging center to see who would be able to offer guidance. I don’t remember their names, but we spoke with the show organizer (Dan), who then pointed us to another judge, who knows EveryThing.

I might get the years wrong; an early 60’s Porsche 356 SC that was the most powerful of the 356 editions (albeit that translates into what you might get out of a honda accord with just two of its cylinders running these days) and had been very restored. In fact, overly so. It was the true beauty queen, perfect and shiny. But that troubled some.

The other leader was a very original Porsche 911, a 1970 that was a one-owner car, that had only had the necessary upgrades done but was otherwise all original, down to the tool kit. That was the one that needed to win.

It was great to meet the owners, and hear the stories about the cars, their originality and what had been done to them. I was bummed to have to bolt out of there before the presentations as I had to get home to write about a race, but it was a fun day and a good experience. Doing that for the first time is a little confusing but if I get the call again…I’m ready!